The formula to find the centripetal acceleration is the following. In this lesson, we will show you how to derive the formula and solve a little problem.

We start by showing an object that moves a tiny distance from point A to point B. 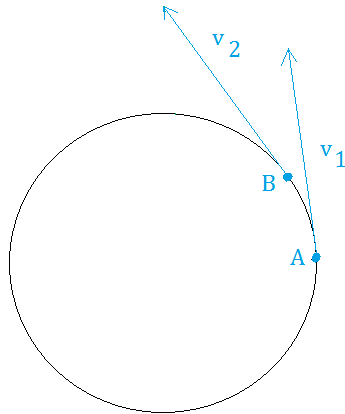 The only thing that changed is the direction.

Now, ask yourself,"By how much did the object move from point A to point B? "

You will need to draw the radii from the center of the circle to point A and point B. 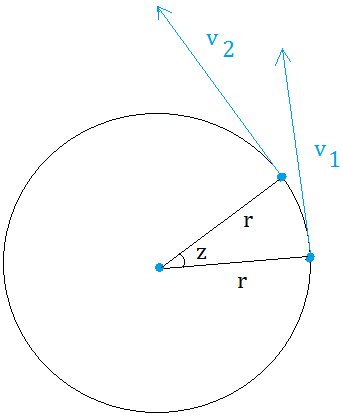 From point A to point B, the object moved by a tiny distance represented by angle z. Since we are looking for the acceleration, we will need to write formulas for acceleration and for the speed. First, let us find the speed or v 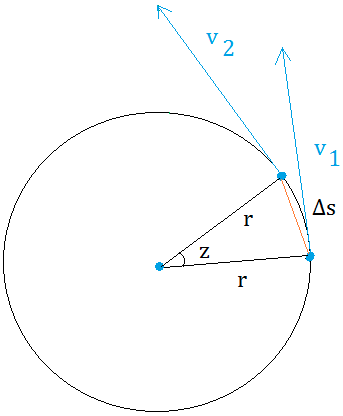 Therefore, when z is very small, the orange line is also equal Δs or s2 -s1.

Multiply both sides by Δt. We get Δs = v Δt

Now what about the acceleration?

Δv = v2 - v1. We need to graph v2 - v1 before we can derive the formula for centripetal acceleration. 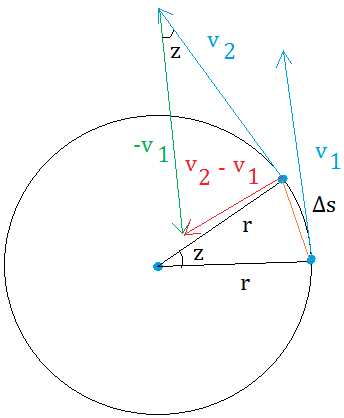 Now, you can see two triangles.  Did you make these observations?

Since the triangles are similar, we can form the following proportion.

Multiply both sides by v

In the figure below, we moved v1 up and to the left by putting its tail next to the tail of v2. We just need to make sure that we don't change the angle. The angle will then still be z.

Finally, change the direction of v1 an put its tail at the head of v2. This gives a parallelogram. 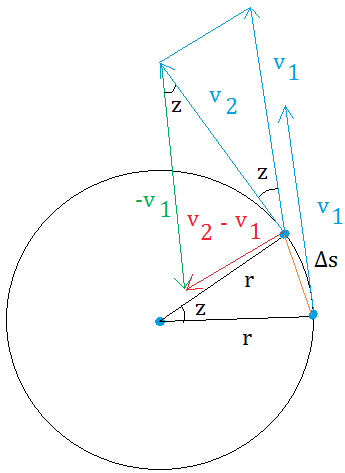 A car moves around a circle of radius 50 meters with a speed of 25 m/s. What is the centripetal acceleration?