Suppose a math test is given to all 4000 students enrolled at a university. Suppose also that we have the following frequency and relative frequency distribution of "time it takes students to finish the test"

Below, we show a histogram and an approximation of the probability distribution curve of the continuous random variable x. The curve is also called probability density function. This is what the curve will approximately look like if you try to show the time it took the 4000 students (or population) to finish the test. This is not a perfect graph! 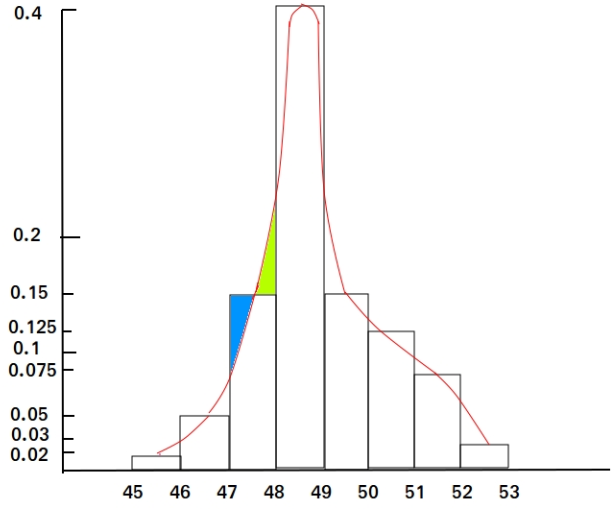 Some important observations about the continuous probability distribution

Did you notice the following characteristics about the continuous probability distribution?

a. The total probability of all the intervals which x can take on is equal to 1.

Therefore, we can approximate the percentage of students who took 45 to less than 46 minutes to finish the test by looking for the area under the curve. In our example, it is not necessary since we can find that with the area of the rectangle.

c. The area under the curve between any two points is between 0 and 1 and it is a measure of the probability between these two points as shown below. 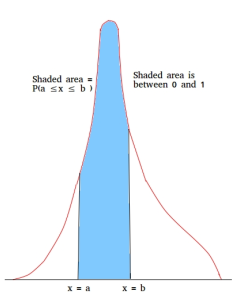 d. The probability that a continuous random variable take on a single value is always equal to zero. This makes sense since a single value does not create an area.

We can then make the following conclusion.