An angle in standard position in the coordinate plane is an angle that has its vertex at the origin and its initial side along the positive x-axis. 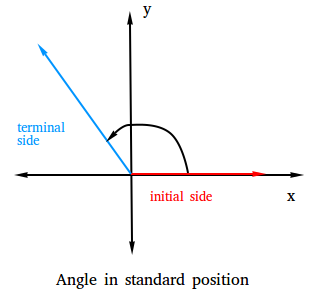 An angle in standard position can be thought of as being created by the action of rotating a ray clockwise or counterclockwise about its endpoint.

The starting position of the ray is called the initial side and the ray's position after it has been rotated is called terminal side.

The measure of an angle is the amount and direction of rotation needed to move from the initial side to the terminal side. 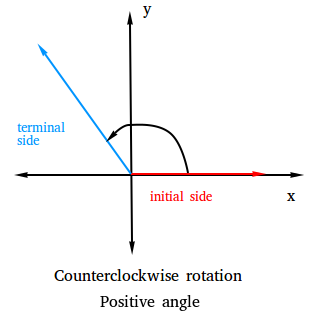 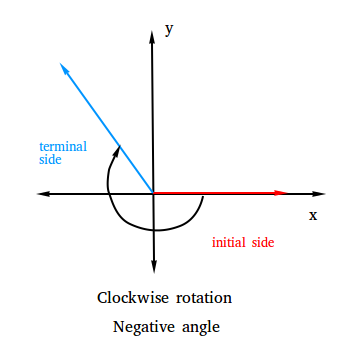