Before studying this lesson about history of fractions, I recommend that you become familiar with Egyptian numeration system.

An extensive treatment of fractions appeared around 1600 B.C. in the Rhind Papyrus, which contained the work of Egyptians mathematicians.

The Egyptians did not express fractions as ratios such as 2:5 or 2/5.

A unit fraction is a fraction that has a numerator of 1 and the denominator is a positive integer. 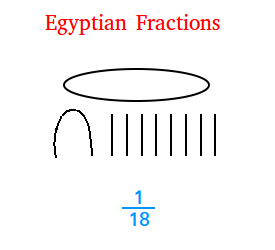 Notice also that there is a shape that looks like an open mouth (the ellipse). It refers to a fraction.

Now, what about adding fractions? How did they show it?

Of course, the Egyptians used their symbols to represent this fraction.
1/3 + 1/15 would be represented as shown below:

Notice that all we care about is the man's feet. Feet pointing toward the direction of writing means add. Otherwise, it means subtract.

In this case, since it is pointing towards the direction of writing, it means to add.


The history of fractions and the way we write fractions today.

The way we represent fractions today probably came from the Hindus.

Around A.D. 630, Brahmagupta would write the fraction two-fourths without the bar as 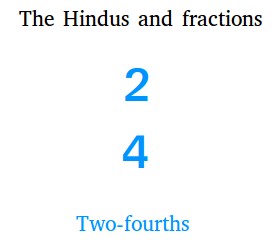 Then, the Arabs came up with the bar. However, the notation 2/4 was mostly used due to typesetting constraints.

The notion of numerator and denominator came from Latin writers. Up to the sixteenth century, the common denominator was found by multiplying the denominators.

In the seventh century, the least common multiple was used extensively when adding and subtracting fractions.

Multiplication of fractions as we know it today stayed the same for centuries.

Division of fractions however, was carried out in a way that is completely different to the way we perform this operation today.

The second way was to perform cross-multiplication.

This concludes our brief history of fractions 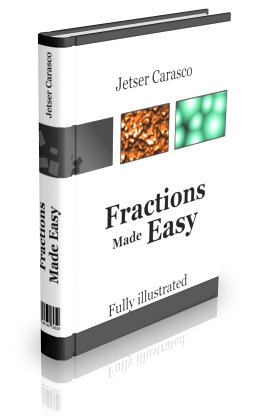