Suppose a company specializes in training students to pass the GED test. The company had 200 students last year.

The following contingency table show their pass rates broken down by sex. 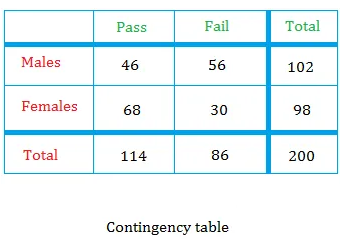 In the table above, the variable that categorizes rows is the sex. This variable can be males or females.

The variable that categorizes columns is the result. This variable can be pass or fail.

Did you notice the followings?

Now that you understand what a contingency table is, what is marginal probability ?

In the table above, there are 4  events.

The 4 marginal probabilities can be calculated as follows

The marginal probabilities are shown along the right side and along the bottom of the table below. 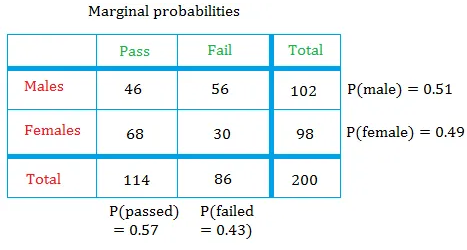