If you are comparing the smaller circle to the bigger circle, the ratio of similarity for the squares above is 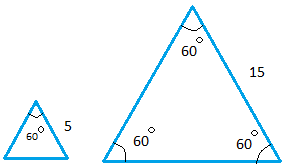 If you are comparing the smaller triangle to the bigger triangle, the ratio of similarity for the equilateral triangle is

However, if the corresponding angles are equal, the figures may not be similar since they may have different shapes as shown below in that specific case.

Moreover, when shapes are disproportionate or not similar, it is not possible to get the same ratio of similarity.


The two ratios above are clearly not equal.

It is quite possible though to create similar rectangles with the same shape.

And of course the ratios above have equal values.


Shapes or figures don't have to look familiar or look like math shapes you are already accustomed to in order to be similar.

All shapes below are similar although some of them look kind of weird (The last one looks like an alien ).

The most important thing to keep in mind is that they all have the exact same shape although they are not the same size. 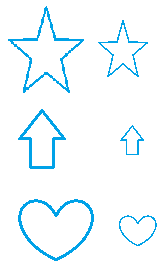 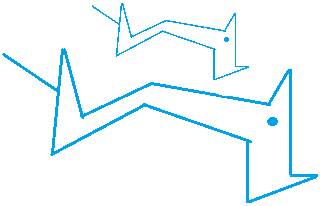 Please review the lesson about ratio if you are having a hard time understanding this lesson about similar shapes.