The four fundamental states of matter are solid, liquid, gas, and plasma. What is matter though?

Atoms are the building blocks of matter. In other words, when you put lots of atoms together, you end up with matter.

Still another way to define matter is to say that whenever you have volume and mass, you have matter. View this way, we can then say that matter is everywhere.

The four states of matter

You are definitely familiar with solid, liquid and gas phases or states. However, you may not be familiar with the plasma state. Keep reading to see the explanations!

In all phases, the atoms are constantly in motion. You may find it hard to believe, but this fact was discovered by Scottish botanist Robert Brown.

The movement of particles big enough to be seen is called Brownian motion.

In the solid state, 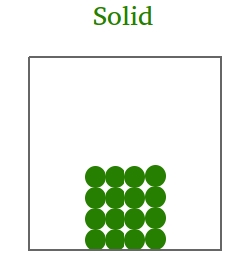 In the liquid state, 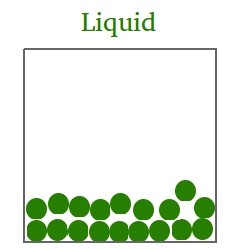 In the gaseous state, 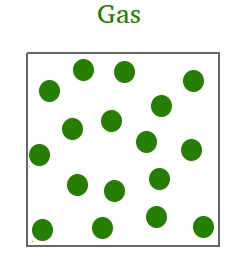 To get to the plasma phase, you just have to heat gas at a high temperature. In this phase, matter has only positive ions after the electrons have been freed by heat.

The combination of positive ions and moving electrons is called plasma. 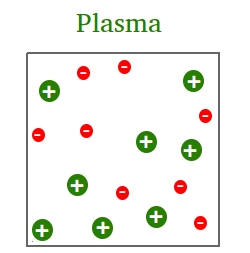 A great example is the sun. The sun has enough heat to cut loose the electrons from the hydrogen and helium that make up the sun.

Simply put, this combination of ions and moving electrons makes the sun shine bright in the sky!

Plasma TV and fluorescent lamp are other examples of the plasma phase.

All substances can go from one state to another by adding or removing heat.

The reverse happens too. When the air is cooled down to its dew point the water vapor in the air changes back into water. The water falls to the ground. This process is called condensation.

If you continue to lower the temperature of water, it turns back into ice.

First, read this lesson about states of matter and then take this quiz.

What is an atom?