Wave interference happens when two waves overlap to form an interference pattern. The amplitude of the resulting wave may be increased, decreased or neutralized. 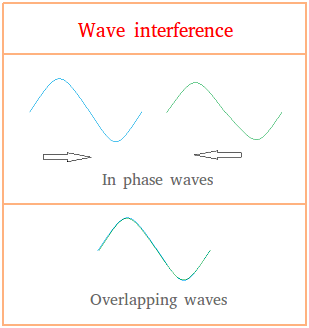 After the two waves above interfere, they will form a constructive interference.

Notice also that they are in phase with each other. This means that if we keep moving them toward each other, one will be on top of the other as shown above.

They will then create the resulting constructive interference wave shown in orange below. 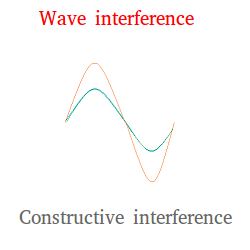 Destructive interference occurs when one crest of one wave overlaps the trough of another wave. In this case, the waves are out of phase with each other. 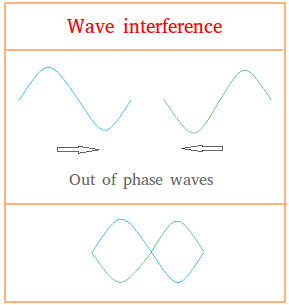 If you keep moving them toward each other, you end up with the graph above. If the height of the crest is the same as the trough after the interference, there will be a cancellation or neutralization.The cancellation is shown with a red line and a brown line. 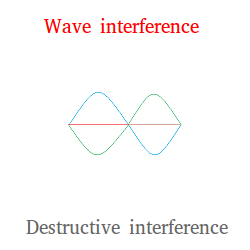 Other situations of wave interference

Sometimes a little height is added or removed. It depends on the situation. This is illustrated in the image to follow. 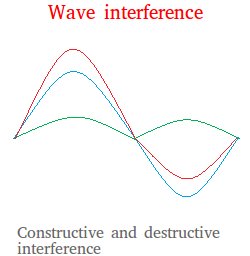