Introduction to the field 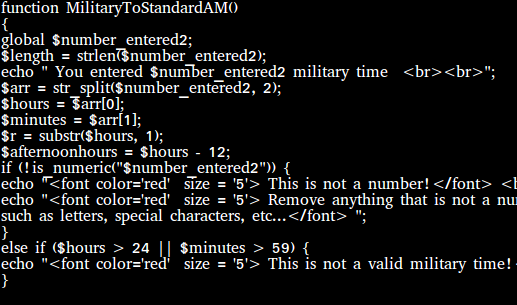 Before writing the code, the programmer get the algorithms from a software engineer.

To write those instructions, programmers use programming languages such as Java, PHP, C, C++, or COBOL. Nowadays, Java and PHP are popular and they are used extensively.

To program a scientific calculator, for instance, may require a solid understanding of a programming language and math at the same time. Very often, what is behind a complicated code is some sophisticated math concept.

Programmers should have the ability to think logically, use analytical skills, and pay close attention to details.

The job also requires someone to be patient and persistent because instructions given to the computer do not just work all the time. Some ingenuity may be required at times to make things work.

Programmers spend most of their time behind a computer. Long hours or work during the weekend may be required to fix unexpected problems or to finish a long project.

As a result, programmers are susceptible to eyestrain, back problems, or wrist problems such carpal tunnel syndrome.

Furthermore, computer programmers must continuously further their skills and knowledge due to the ever-changing programming industry.We said before that Java and PHP are used extensively in programming.

Do not be surprise if another programming language, even more powerful than Java and PHP, is designed over the next decades or even earlier. This will force programmers once again to adapt.

The good news is once you know one programming language well, it is easy to learn another one.

Getting the job as a computer programmer

It is not impossible to get a job with an associate degree for some positions. However, a bachelor's degree is usually required for most programming jobs.

If you have your bachelor in math,you will be very attractive to employers. Soon or later, it is important to become certified.

Certification has emerged to make sure that you are competent enough to perform your job.

For more information about certification, visit this website that explains how to become a certified computer programmer.

What is a computer programmer