These average word problems are based on the arithmetic mean usually called average or mean. To get the average, use the formula for average you see here. First, study the example below.

A word problem about finding the average

American Communications Network (ACN) of Troy, Michigan, also markets prepaid phone cards, which it refers to as “equity calling cards.” If ACN employs 214,302 persons in 32 locations, on the average, how many employees work at each location?

Divide 214302 by 32 to find on average the number of people working at each location.

If rounded to the nearest one, on average, 6697 work at each of the 32 locations of American Communications Network (ACN)

Mark works 3 jobs to make ends meet. His first job pays him 200/week, his second 300/week, and his third 100/week. What is Mark's average income/week per job?

The average age of a husband and a wife is 30. What is the wife's age is the husband's age is 40?

See below an easy but tricky average word problem 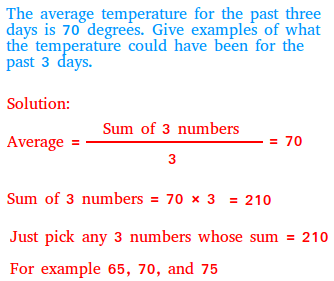 How to find the average