Projectile launched at an angle

For, example, let's say that you launch the same cannonball we use in this lesson at an angle this time.

Once the cannonball is in the air, let us see how this will affect the vertical speed and the horizontal speed.

First, let us talk about the horizontal speed. 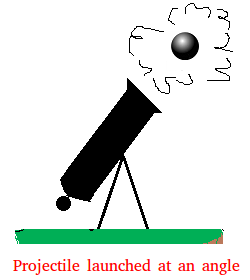 Let us put together the vertical and horizontal movement/speed of the cannonball to see what we will get. See below the horizontal speed, the vertical speed, and the resultant speed in brown. Once again, you can see that the ball move along the orange curve which is a parabola. The vectors shown in brown are tangent to the orange curve or parabola. 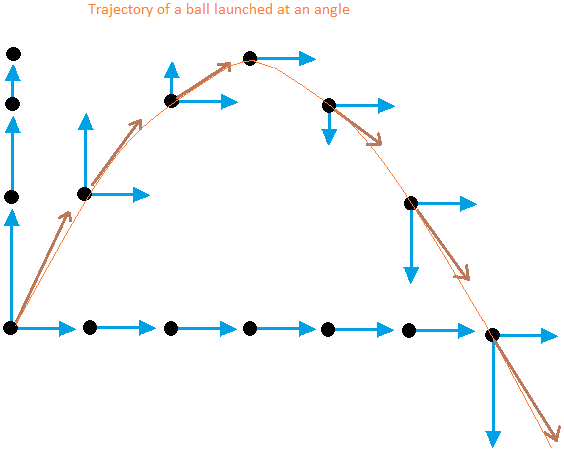 Quiz about projectile launched at an angle

First, read this lesson about projectile launched at an angle carefully and then take this quiz.

Objective of the quiz