Transformations in math occur when there is a change in position, shape, or size. When you are playing with a jigsaw puzzle, you could move a puzzle piece by sliding it, flipping it, or turning it.

Each of these moves is a transformation of the puzzle piece.

In a transformation, the original figure is a preimage and the resulting figure is an image. 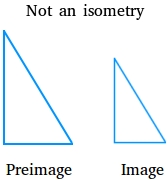 Types of transformations in math

A translation or slide is an isometry in which all points of a figure move the same distance and in the same direction. 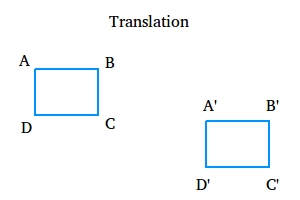 A reflection is an isometry in which the preimage and the image have opposite orientations. In other words, the image appears backwards. 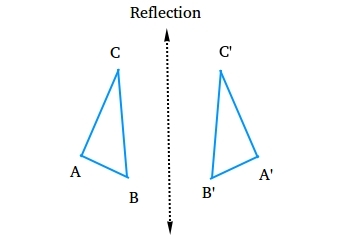 A rotation is an isometry in which a figure has been rotated or turned around a point called center of rotation. 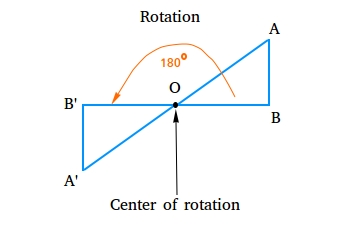 A dilation is a transformation whose preimage and image are similar. In general, a dilation is not an isometry. A dilation could be an enlargement or a reduction. 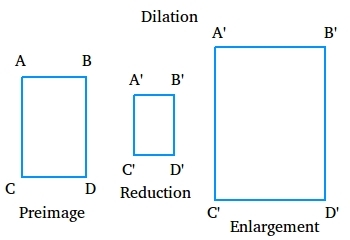 Looking at this figure again, can you tell what kind of transformations were performed on the preimage?

Transformations in math and the use of notation

To identify image points, we use the prime symbol ( ' )

It is important to list the corresponding points of the preimage and the image in the same order.

How to find a reflection image

How to find a translation image