Why is geometry important?

What do you associate the word geometry with? Perhaps you think of different shapes, like circles, squares, and triangles? Maybe you think of your high school math class and the teacher trying to get you to learn the Pythagorean theorem.

No matter what country you live in, geometry will always be taught as a part of the math curriculum. Geometric concepts and topics are a central part of many fields of study.

Anyone who is studying math, whether at high school or university level, can expect to learn geometry. 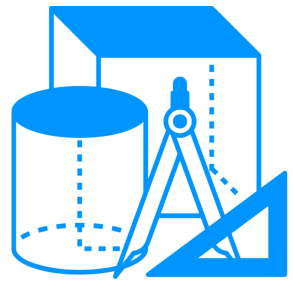 The study of geometry involves investigating both two-dimensional or flat objects and three-dimensional solids like spheres and prisms.

An example of using geometry is finding the area of a triangle. Another example is finding the volume of a cylinder. Considering the length, width, and depth of various objects is also considered to be geometry.

Tools like rulers, protractors, and compasses are often used in this study, especially when considering the field of solid geometry.

Geometric proofs are also a central part of the study of geometry. Using mathematical properties, we can prove that certain geometric concepts and formulas are true.

How did geometry begin?

The first known use of geometry stems all the way back to Ancient Egypt or around 3100 BCE. In the past, geometry had more practical uses, like measuring fields for planting crops and measuring buildings.

The earliest known use of the word geometry was in the 14th century. The word is derived from the Greek geōmetrein. Geo is Greek for Earth and metrein or metron means to measure.

The Greeks, most notably Euclid, built on ancient concepts to create the first concepts of modern geometry.

Euclid complied a famous textbook, a collection of numerous mathematical concepts covered in a logical way called Elements. One of the main topics is the creation of Euclidean geometry, which covers plane geometry and the geometry of solid or three-dimensional objects.

Why is geometry important?

The study of geometry is important because it has many practical applications.

If you are hesitant about learning geometry, just remember that you probably already know the basics. You use geometry all the time in your life, like when watching a sports game or when looking at art.

Geometry can also be applied to architecture, astronomy, and child development.

Geometry is a part of our daily lives, both inside and outside the classroom. Chances are, you use geometry more often than you think. Therefore, you may as well learn it so you can make better sense of the world we live in.

How is geometry used in real life?

Have you ever seen a soccer player shoot an amazing goal, or a hockey player hit the puck in just the right way so it sails through the keeper's feet?

Without even realizing it, you've seen geometry at work! 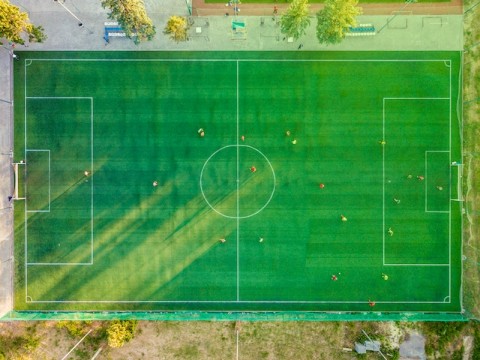 One key concept in geometry is the use of angles, and a surprising amount of sports use angles to achieve the perfect score. In soccer, the players rely on shooting at the right angles to make goals. A certain spatial and geometric awareness is needed to pass to the ball to a teammate or hit it at just the right angle so it sails over the goalkeeper's head.

By way of another example, many of the playing fields are shaped like rectangles or ovals, and symmetry is used to allow both teams to have an equal advantage when it comes to field size. The positions of center lines, penalty boxes, and endzones are all calculated using geometry.

Geometry forms the basis for the enjoyment of many different sports. Without geometry, we would never know why kicking a ball at a certain angle can help us to win a game.

The beauty of art lies in the appreciation of geometric shapes and how they come together to create a masterpiece. 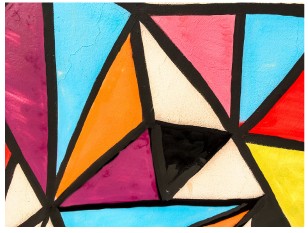 One of history's most famous artists, Pablo Picasso, relied on the use of shapes like triangles, trapezoids, squares, and other polygons to portray people and emotions.

Another example of the use of geometry in art is in art school. When learning to express realism through their art, students must consider the basics of angles and proportions of different shapes.

Geometry is important in this field to study how different shapes work together. We can analyze paintings and other art forms with a more critical eye if we have foreknowledge about geometric concepts.

The art of designing and building structures is probably the first thing you think of when asked how geometry is used in real life.

Architectural geometry is used by architects and builders when designing various structures, sculptures, and other buildings. 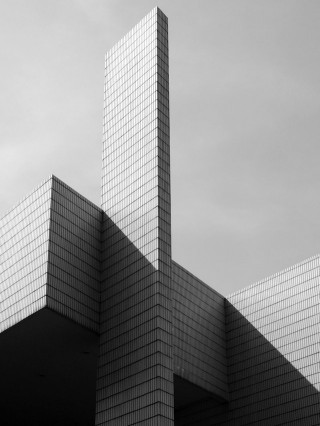 They rely on geometric principles to make the buildings both aesthetic and sturdy. We see examples of this all around us.

For example, look at the house you live in. How many geometric shapes can you name from that structure?

If you are studying to be an architect, no doubt you will learn about how to use the mathematical concepts of geometry so you can apply them to design your first building.

Geometry is important to architects and building designers because it drives their careers. Without the important mathematical concepts that geometry lays down, their jobs would be impossible.

The ancient Greeks began with the idea of geometrizing space. Previously, ideas about how the Sun, Moon, and other planets orbited in relation to the Earth were scattered and incorrect. Plato first introduced the idea that the celestial bodies would have a circular or spherical shape, which would allow them to continue an natural orbit. 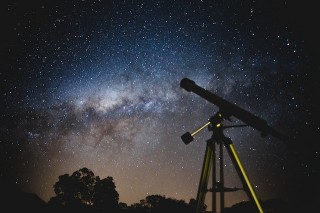 His student, Eudoxus, built on this idea by constructing a model of the sun's orbital motion using geometric concepts. He eventually came to the conclusion that the sun traveled on a fixed path, which it covered once a year. This path was called an elliptic.

Eudoxus also correctly found that in order for this to work, the elliptic must be tilted at a 23 1/2 degree angle, which of course correctly corresponds to the natural tilt of the Earth's axis.

Of course, these early models had their flaws. Some concepts that were hypothesized in later years were dismissed as impossible despite their accuracy. For example, Aristarchus of Samos hypothesized that the sun remains motionless while the earth orbits around it in a circular motion, but this theory was not accepted by the general public.

The various models were improved on, of course. Ptolemy created the most highly developed geocentric model, and in the 16th century, Copernicus' heliocentric model became the leading model of the time.

Without the development of these geometry based concepts, we would never know how our solar system works, and we would probably still think the earth was flat and in the center of the universe.

Specifically, the study and development of geometry played an important role in scientists and astronomers creating a correct model of how our solar system is designed, with the earth orbiting around the sun and not the other way around. The importance of learning geometry is evident when you think of the developments made in astronomy and space exploration. All these developments were made possible by geometry.

Your first encounter with geometry was probably in primary school. Learning to classify shapes like squares, circles, and triangles was most likely an integral part of your kindergarten experience. 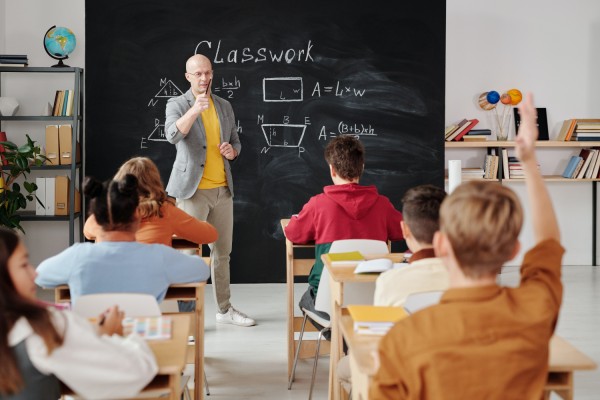 Two Dutch scientists by the names of Dina and Pierre van Hiele created a model that describes how children learn and begin to reason with geometry.

Their model breaks learning down into five levels, starting from not being able to identify shapes and moving all the way up to being able to understand deductive geometric systems and non-Euclidean geometry.

This model follows the way geometry is taught in primary and secondary school curriculum. When you are younger, you are taught to identify the basic shapes.

As you get older, more complicated concepts are introduced, such as calculating area and volume. You learn more about geometric proofs, and by the time you are in high school, you have extensive knowledge on formulas and varying types of geometry. You may even be taking a class called "Geometry."

Higher education only builds on these ideas, and the study of geometry is often required if you are taking a math degree.

Geometry directly connects to how our brains develop as children. The subject acts as a guideline to help teachers see how much their students are developing in such areas as deduction and reasoning skills. This makes it an important subject to both learn and teach.

Why is geometry important? In conclusion, here are the main reasons

Geometry is all around us. The things we learn from geometry help to tell us how the world works, and how to interpret what we see. Without geometry, we would have still believed the earth was the center of the universe. We wouldn't have had knowledge of the orbit of planets and how our solar system is so elegantly designed.

Without geometry, we would have little understanding of how sports players succeed. Geometry is found in everything, and from the moment we are born, we can identify the basics. Learning geometry, moving past the elementary "square, circle, triangle," moves our society forward. Geometry, and the greater topic of math as a whole, is important because it's everywhere and in everything.